After the temple priest had offered last rites and gone home, my grandfather had started to breathe again. My grandfather mused, "Had I died then, I would surely have fallen into hell.

After this experience my grandfather became a devout seeker of Buddhist teachings. Since he was a follower of the Jodo Shinshu School, he traveled far and wide to call on priests of high virtue in this tradition. At that time my grandfather was connected with the newly-introduced paper-manufacturing business and enjoyed the luxury of time for travel between his business responsibilities.

There were esteemed priests who earned the highest possible scholastic honor in Buddhist studies and who preached at the Hongwanji Temple in Kyoto and at their home temples in Hiroshima and Oita. Such august priests were my grandfather's mentors. At age 60, my grandfather retired from the paper business, cloistered himself in a room and began to write.

He had embarked on penning, Shinjin no sho Writings on Devotions. I remember my grandfather facing a blank sheet of paper with a writing brush in hand. His writings filled seven book cases, but all were reduced to ashes during the air raids of World War II.

The day before his death he summoned my father, his son-in-law, to his bedside, and relayed a lengthy final message. It was not about his estate; in essence, all he said was, "Honor the teachings of the Buddha. My grandfather died in May, and in August one of his esteemed mentors, Ekaku Koreyama, a learned priest, arrived in Kumamoto for a summer seminar.

He was our house guest for one week. Reverend Koreyama preached once in the morning and once in the afternoon in the largest temple in town. I accompanied my mother to these sermons, and this was the first time in my recollection that I listened to a sermon with some awareness. In the morning his topic was " Gi naki wo gi tosu Meaning exists within non-meaning ," and his audience was made up of lay members.

Lay people sat in the perimeter around the priests and listened to the sermon. I attended the twice-daily sermons for the entire week. The story of the Two Rivers was simple enough for children to understand. The metaphor of the two rivers made me feel that life is indeed like two rivers. In retrospect, "Meaning exists within non-meaning" had profound meaning; but at that time it seemed quite logical and natural, although deep within my child's heart I suspected that this was teaching at a higher level.

I was not particularly moved, however. But I remember that Master Koreyama spoke not just with his mouth, but with his entire body. Subsequently I began to listen to sermons of my own volition. In fifth grade the following year, the Reverend Shuzen Endo of the Gyoshinkyo School in Osaka was a house guest for five days, and he delivered sermons early in the morning in a tiny temple with which he was associated. It was winter and very cold, but the sermons were delivered early and did not interfere with school attendance. I went to listen to the teachings daily.

Reverend Endo was not a "fire and brimstone" preacher. His sermons were unpretentious and restrained, and he simplified the teachings of Jodo Shinshu, which made a deep impression on my little boy's heart.


I was in the sixth or seventh grade when I listened to a sermon delivered by Master Jun'nin Kiritani of the Hongwanji. This was a different sort of sermon--refreshing, as if religious devotion spewed from Master Kiritani's being. In March of that year I completed middle school. The Reverend Shinryu Umehara held a three-day religious gathering in Kumamoto. 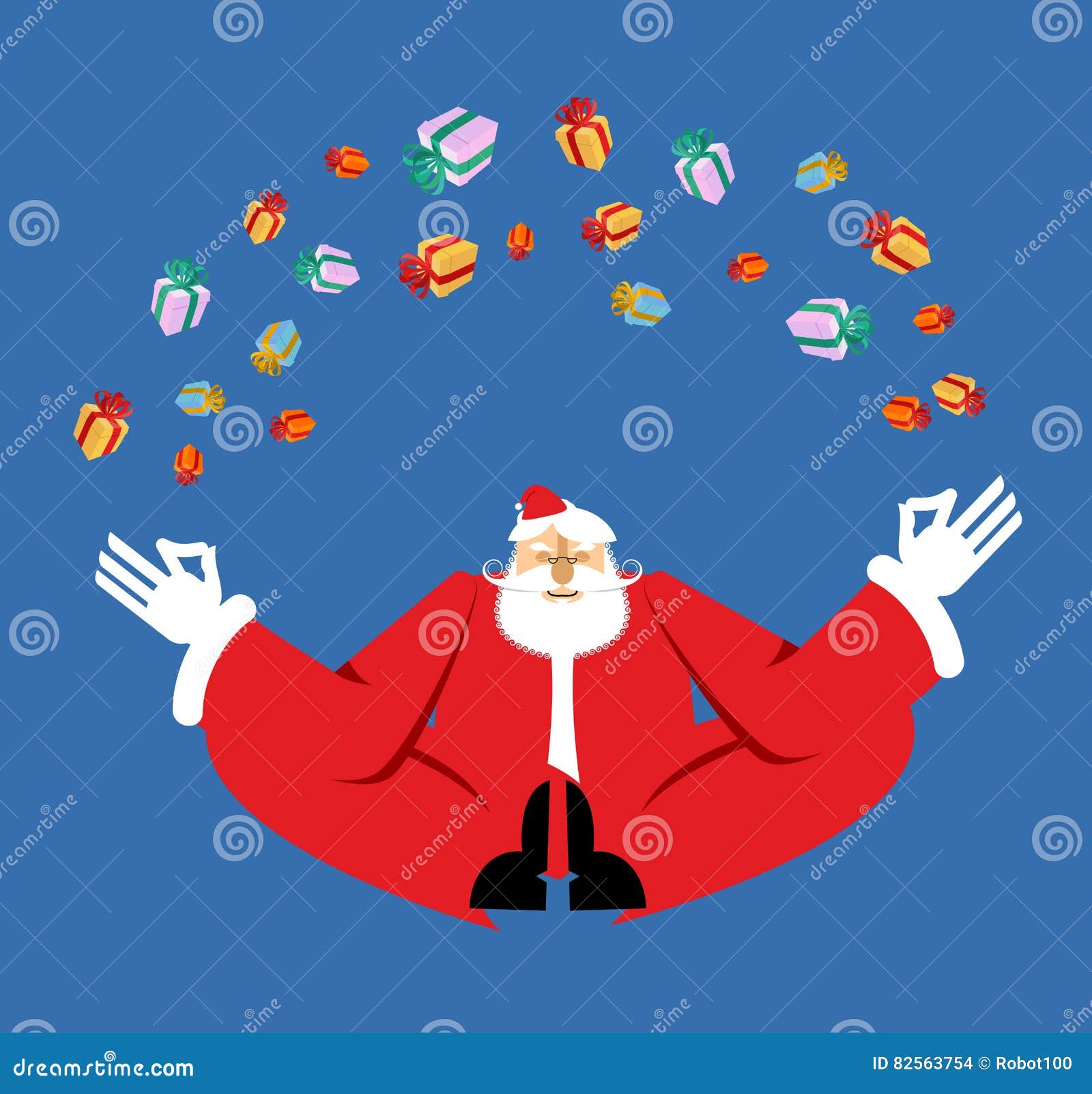 This was a period during the Reverend Umehara's life when he was in his mid-forties and burning with zeal and lofty goals. At that time I was preparing for entrance into the pre-war secondary school, but I could not refrain from being totally immersed in his lectures. His topic was, " Shukyo no jishusei ni tsuite The Nature of Religious Autonomy ," and I detected a fresh outlook never before seen in other priests I had heard. I was so elated that I have no recollection of how I got home.

When I realized where I was, I found myself walking around in circles back in my own room. During the first year, Professor Asai lectured on natural science. He said that the boundary between the living and the lifeless is not very well demarcated. At that moment my religious moorings crumbled.

Because the spirit is alive, one is able to be born in the Pure Land of Amida Buddha. If there is no distinction between the living and lifeless, what does it mean to be alive? When we speak of Birth in the Pure Land ojo , what is it that attains Birth? In the Jodo Shinshu School, we learn the concept of mon soku shin which means, "what one hears is in itself one's faith. I believed that this was my religious belief. My belief had disintegrated in an instant, and I was rudely confronted with the realization that the heart was not very dependable. Everything now seemed empty and futile.

Around this time there arose a desire in me to begin an earnest study of Buddhism from its basic teachings. During my third year in high school I first participated in the Zen practice called sesshin the exclusive practice of meditation at Bairinji Temple in Kurume, Fukuoka.

The old master gave me a koan a conundrum used by Rinzai Zen to awaken spiritual insight : "What is the sound of one hand clapping. To embrace an illogical problem and to labor over its solution is a Zen koan. Pondering deeply, I held many discussions with the old master but got nowhere. One week elapsed while I existed in a daze.

Making a lasting mark on my memory was the character of the old master. At about three in the afternoon there was a sarei tea-drinking ritual. With the master in the center we partook of tea and cakes. In the humidity of August, a priest sat behind the old master, fanning him with an over-sized fan. The old master sat serenely, a smile on his lips. He looked the same as he did while carrying out his meditative practice. I have studied with many masters since, but I have never encountered anyone with such serenity. I was told by an old veteran of Zen that the master is said to have stated that entrance into the state of meditation is akin to entering a pair of bellows.

I remember these words clearly. Might the master have been in samadhi a state of meditation right then? The realization came to me years later, although I failed even to remember this teacher's name. At that time there were no Buddhist reference materials; I received Buddhist education for the first time after matriculating at the University. In retrospect, I realize the benevolent influence of my teachers, who, beginning with an introduction of Indian philosophy and Buddhism, guided me through the study of Buddhism as a whole. They then taught me the Pali, Sanskrit, and Tibetan languages to a point at which I could read materials in their original language, which is immeasurable in its value.

Be that as it may, I was confronted with two problems in my pursuit of Buddhist studies. The first was the fact that my faith had been shattered in senior high school. If one could not rely on the mind, it was obvious that one could not rely on intellectual understanding alone. Believing that the Buddhist teaching must be a physical experience, I found a Zen mentor and began to meditate. The other problem surfaced a while later. I began to think that the mere study of Buddhism did not help toward a true understanding of Buddhism. Man lives life in many different ways.

The differences of man allowed for many religious schools and a myriad of philosophies.

Only a comparative study of religion and philosophy would clarify the characteristics of Buddhism. As I pursued this reasoning it became clear to me that all religions and all philosophies ultimately pointed in the same direction. In the final analysis, the great teachers of humankind--the Buddha, Jesus Christ, Socrates, and Confucious--taught the same essential message. To further condense this thought: there is only one final truth for humankind.

I have been able to come to terms with this truth as a result of my prolonged study of zenjo samadhi ; the state of meditation taught by the Buddha. This truth is an essential, unavoidable theme in the present-day world; however, I shall not regress here and will limit the scope of my discussion to the Way to Enlightenment. I wish to go back to the first problem that confronted me.

In other words, feeling that true understanding of Buddhism would only come from academic pursuits plus physical experience, I began zazen the meditative practice of just sitting quietly. Gentaro Okuno. I was captivated by Prof. Okuno's spirit, passion, genius, and indication of the world of absolute transcendence and vowed to devote myself to zazen for life under the tutelage of this great teacher.

Zazen , however, is not as simplistic as it seems. The goal of zazen is to delve into the self. Yet, when one confronts one's self in the context of meditation, one realizes that the self is extremely complex, and the innermost chambers are shrouded in darkness. One can only call this an unfathomable blackness. Since the one in pursuit is also the self, both subjective self and objective self are covered in darkness. That is, it is nothing but a struggle between darkness and darkness. The longer I sat, the more intense became my suffering. I roamed from maze to maze in a pitch black fog.

A year elapsed, then another.